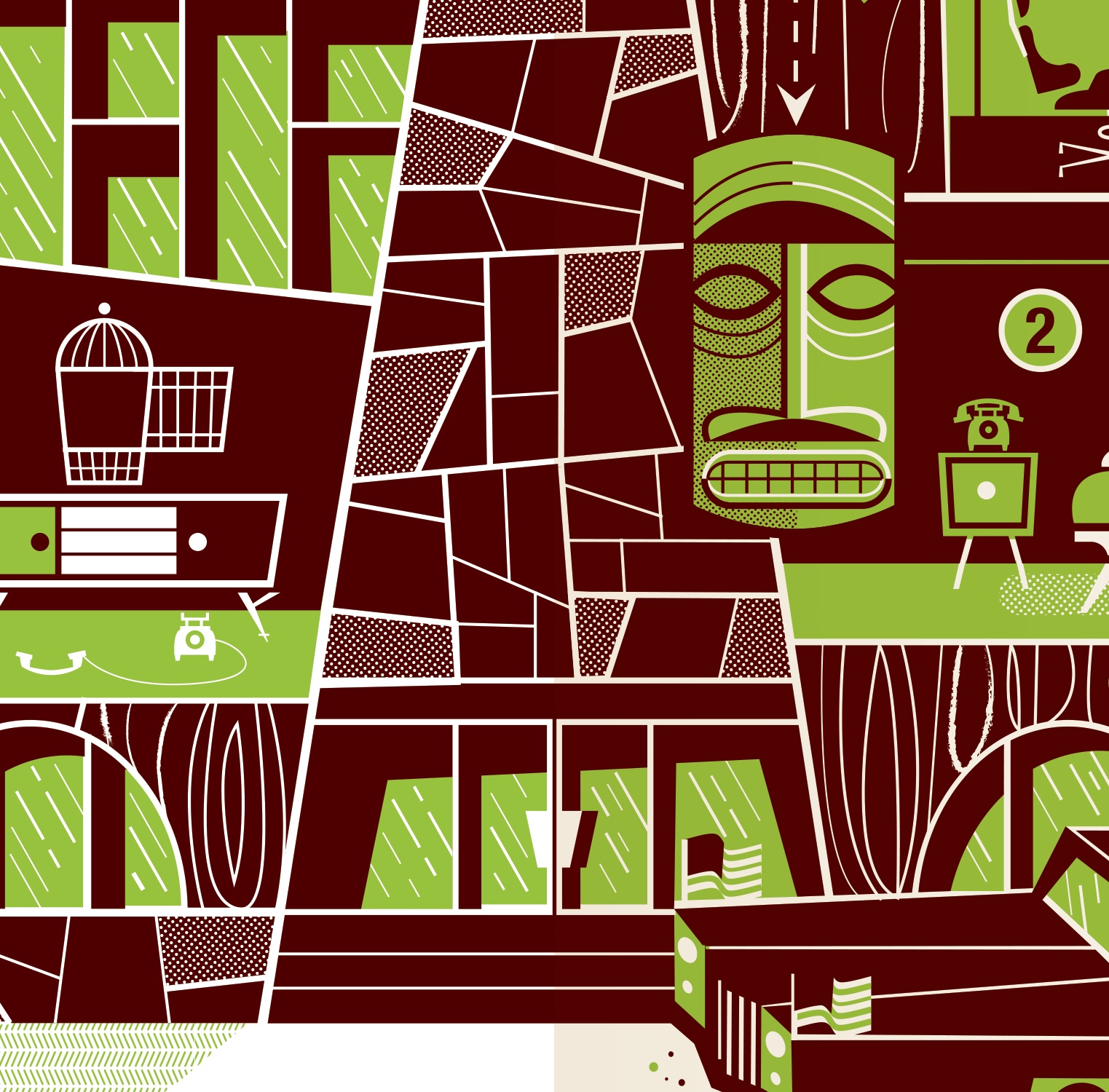 We start our investigation at the Quixote Hotel in Palm Springs, California. This mid-century architectural jewel was built in 1962 by Scottish architect, philanthropist and adventurer Sir Lord Crumphouse II. It was the first of it’s kind to accommodate guests and their pets. The Quixote Hotel was the first registered pet friendly hotel in Palm Springs. The lavish hotel would attract Hollywood elites, titans of industry and Washington diplomats in droves. Most guests would bring their furry companions to escape their stressful lives for long weekends.

On the evening of January 6th, 1967, a chain of strange events occurred in three rooms at the Quixote. These events would necessitate further examination. To better understand what happened on that balmy New Year’s Eve in Palm Springs, California fifty years ago, one must become familiar with the hotel itself.

The Presidential Suite, the first and most lavish room that comes into question during this investigation. A rare type of 35mm Minolta Hi-Matic was resting by the mantle. By luck the camera film reel was still inside and intact. Another odd discovery was that someone had tampered with a bottle of dark rum from the wet bar. Tests concluded a hallucinogen was added to the aged liquor.

The Honeymoon Suite, the second room that comes into question during this investigation had objects, like a Tiki mask of virility, jostled on the night the strange events took place at the Quixote. Like the Presidential Suite before it, someone had tampered with a bottle of light rum from the wet bar. It also had a hallucinogen added to it.

The Suite 27, is the third and final room that enters into this investigation. When authorities entered the suite on the tip of an anonymous caller they found the room out of sorts. Objects, like a matchbook from the lobby bar, were discovered on the floor with matches spilled out everywhere. They also found a bottle of LSD which through the assistance of forensic teams was found to be the same hallucinogen used to tamper the liquors in the Presidential and Honeymoon suites. The room’s phone was off the receiver and an animal’s cage was wide open without the animal.

What’s a really strange coincidence about all of these rooms is they had no signs of forced entry. This meant someone working for the hotel or an individual who had access to their keys must have caused or assisted in these events. What exactly happened at the three separate room has yet to be determined but we have a lead.

Next week Person of Interest# 01: The Concierge!